There used to be this guy ... he'd come through the neighborhoods with a pony and a set of child-sized, mythologically-correct cowboy gear: the hat, vest, chaps, sometimes a bandana.  And he'd smooth-talk the parents while the pony charmed their kids: a picture, just a few dollars, every kid's dream.  Remember that guy?  More importantly, remember that pony?

It's the iconic American Childhood photograph: a kid, somewhere between three and twelve years old, seated on a generic pony.  Sometimes frightened and cowering, sometimes living the fantasy with a yell or a waving hat, the children vary by age and ethnicity, but the theme is always the same: Wild West!  Cowboys!  (Injuns!)


I have two of these photographs.  In one, I am sitting with a broad grin, but fairly sedate.  That's the cover of Bad Indians.  In the other, much faded, I have my left hand raised in a proud "V," giving the peace sign.  This second picture makes me think that my father was the adult who put me up on that pony; he loved encouraging the Brown Power Fist or the Peace Sign.  Or, perhaps he was already gone by then, and I was signaling to his absent spirit, far away in San Quentin.  Either way, that second picture has my dad's flare for the radical flashing across my face.

Because the Peace Sign photo was too faded to work well on a book cover, I used the sedate version for Bad Indians.  But you know which one is my favorite.

Do you have a Kid on Pony picture of yourself?  Send it to me at deborah.a.miranda@gmail.com and I'll put it up here.

Two of my sisters have already started off the collection with their contributions!

Send me YOUR kid on a pony moment! 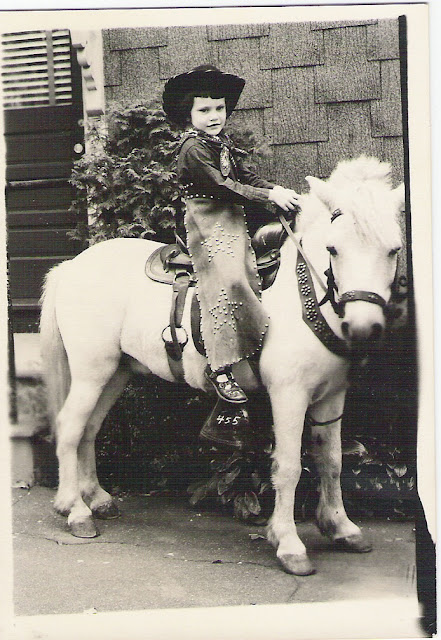 Here is mine. Was going to use it as my back cover photo on my next novel (my first novel Yellowbird won the NWCA first-book award. my second novel--Dragonfly, Walking Stick just out). Cheers, Judy Smith 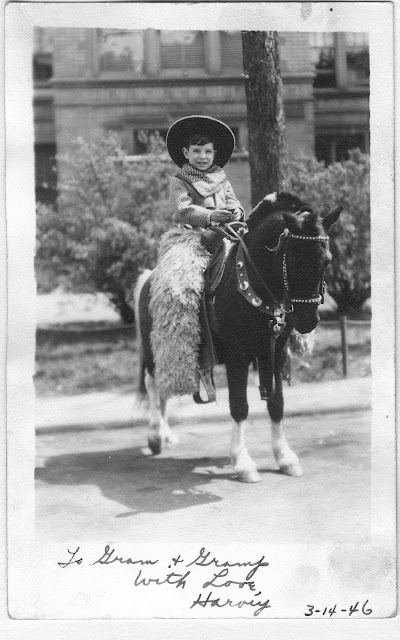 "As you can see from attached photo, I also rode the range at a young age—perhaps 20 years before you did—watched over by my own Jewish mother.  Having so much in common with you, I look forward to attending your 17 Jan reading at California Historical Society, especially to hear about aspects of your life that differ from mine." - Harvey Hacker 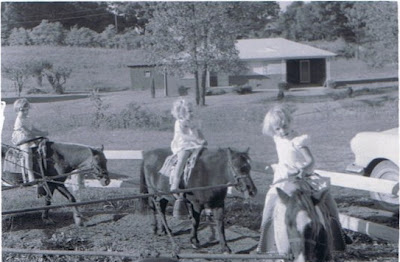 Jacqueline Marx on the middle pony in Morristown, Tennessee - now Cantor at Temple Emanu-El in New Jersey.  She's a secret writer, folks; just wait till her book comes out!  If it's anything like what I've seen so far, it should knock your socks off.