WHEN TURTLES FLY IS TRANSFORMING!

The new url is www.badndns.blogspot.com

All previous posts have been imported, links updated; "When Turtles Fly" will remain online as long as Blogger exists.  It's just time for a new name to go with a new phase of my writing life. 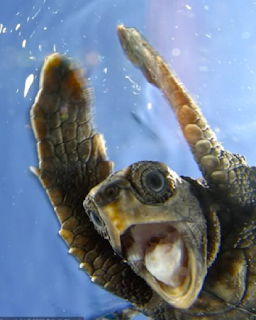 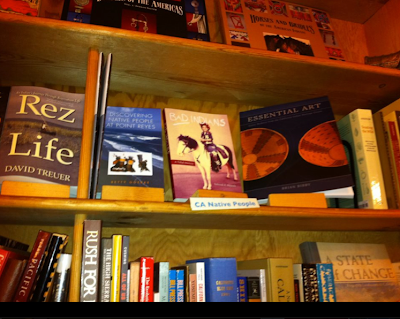 My colleague and amazing writer Jasmin Darznik (The Good Daughter) took this shot of Bad Indians while in California recently.  Those Bad Indians are keeping some good company these days.

9 more days until the Bad Indians January Book Tour begins!  Click on the "Readings & Reviews" tab above to see where I'll be reading in January.
No comments: Links to this post

Railing Against Reality: There Are No Charms Against Lightning and "Rabbit Stories"

There Are No Charms Against Lightning

or to keep earthquakes at bay, bring fish to your net,
make women fall at your feet or raise children from the dead.

There's only longing and fear and desire and grief in this world.
Get that through your head.  No magic, no shortcuts.

Don't expect so much from St. John's Wort.  It's just a flower.
Famous only to bees and a few migrant insects.

Likewise, peyote.  Give that one lots of space and forget
that shaman shit you read.  They lied.  You know this,

but you prefer to pretend: quartz crystals capable
of healing cancer, mystical runes visible by the light

of a full moon spelling out the way home.  Look, there's
no sacred star, no amulet to clutch when the monsters come.

Instead we have existential angst, the question why, serial killers
and bad TV shows about terrorists who are us.  There are

no charms against lighning, I tell you.  You've got the wrong world.
Try the next one over. Leave this one to the realists.  Take your hope

and faith and belief and magical thinking and hit the road.  Leave us
our lightning rods, our chemo, our Prozac, our robotic remote controls -


This week I read Tslagi poet and artist Kim Shuck's new prose manuscript, Rabbit Stories.  Here is the blurb I wrote for Kim, after I could finally put words together that didn't sound like crap after her beautiful weavings:


Subatomic particles.  String.  Knots.  The water in London, San Francisco, Tar Creek.  A coy Spider.  The Dance of DNA.  Chestnut Man's kiss.  Songs made of strawberry soda.  These are glimpses of the complex world in which a Tslagi girl/woman lives.  Named "Rabbit Food," after a wild rose, the girl is accompanied through life by irreverent guardian and teacher Rabbit, "a creature of trick and pleasure."  Kim Shuck's collection is tenderly constructed, finely woven in and out of Rabbit Food's lifetime as girl, young woman, new mother, and middle-aged artist.  Rabbit Stories winds through waters layered with dream and memory, loops back around time with a wise/cracking humor.  I couldn't put these stories down.  They're singing in me now; it feels as if the DNA in my cells has been transformed by, as Rabbit would say, "a joy in craft and artifact."  Brava!

Seriously: I sat in my chair after finishing Rabbit Stories, and honestly felt as if my cellular DNA construction had been rearranged.  My body felt transformed.  Even now, I don't feel like I can describe that sensation of reading (was it reading, or breathing in?) material that went so deeply into my psyche and changed - or rather, improved - who I am.

All of this doesn't begin to tell you what it is in Shuck's book that did this to me, or for me.  There were no magic amulets, no Cherokee charms, no ancient grannies teaching secrets.  The story is quite literally woven out of time - clearly, a young girl growing into womanhood, becoming a lover, becoming a mother, becoming an artist - but with a chronological orientation toward connections rather than linearity.  In other words, we do not meet Rabbit Food, the main character, as a baby and then watch her grow into maturity.  Rather, we come to know her through the human and planetary connections she feels, clusters of memories from various important moments in her life as a whole.

And none of this is narrated by Rabbit Food herself, but has an alternative point of view from her guardian and teacher that teaches us as much as Rabbit Food.  Perhaps it starts with that name, Rabbit Food;  it's the name of a kind of wild rose favored by rabbits, and using the literal translation rather than the more romanticized "Wild Rose" gives this story the deliciously unexpected pleasure of, well, reality.  The world doesn't get much more real than intercontinental air travel over the pole to reunite with a lover, driving across the United States in an old car with a father who is somehow distant and lost, bathing a baby in the kitchen sink or a child absorbed by the mysteries of knots and string.  Yet in Shuck's hands, this reality is narrated from the point of view of Rabbit.  Yes, that Rabbit - Trickster, "a creature of trick and pleasure," - and Rabbit observes Rabbit Food all of her life, a constant loving and instructive presence whose main goal is to introduce and perpetuate "silliness" into Rabbit Food's life.

Merriam says:  Having or showing a lack of common sense or judgment; foolish.
foolish - fatuous - daft - dull - idiotic - fool - goof - ninny
Clearly, dominant culture doesn't think much of silliness.  And there you have it: Rabbit's reason for being, the mission behind Rabbit's love for Rabbit Food.  Rabbit teaches Rabbit Food to see beyond the reality given to her by the dominant culture.  Rabbit turns it upside down for her, and she is able to understand that reality isn't "common sense" goals like money, career, advancement, ambition.  In such a world, reality is the death of joy; in Rabbit's world, silliness is the key to wisdom.  Thus Rabbit Food's real self, an artist whose work communicates an indigenous survivance in contemporary times, is in fact "fed" by Rabbit.

At certain points, in fact, it seems that Rabbit Food's capacity for "silliness" even surpasses Rabbit's; some of her creations are more complex than even Rabbit can bear for long, but Rabbit Food knows they are necessary.  Throughout the story, Rabbit flirts with Spider, a female presence who has an important but less obvious role in Rabbit Food's education; sometimes I get the distinct feeling that Spiderwoman is who Rabbit Food is growing up to be, with her love of string and beads and knots and weaving.

At any rate, my stumbling words can't do this book justice.  I don't have the ability to look at the world through Rabbit's sacred eyes.  But Kim Shuck does it beautifully, and I can't wait until Rabbit Stories is out in the world for all to read.   Watch for it at http://www.poeticmatrix.com/ in January 2013. 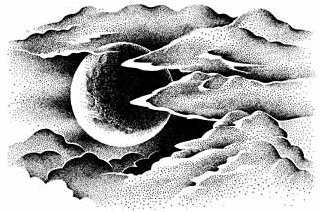